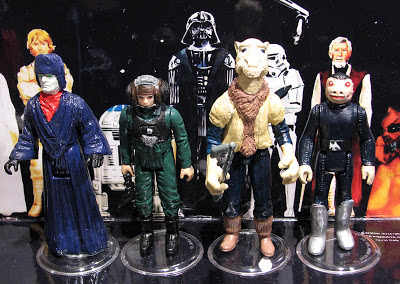 Just to make one thing clear, I’m not a toy customizer, there is a lot of amazing talent out there who can pretty much sculpt and design anything. I just do this as a test, to see what I am able to make. And I had fun while doing it.

There are some Star Wars characters who happen to be pretty rare and incredible expensive ones. I’m thinking of the Imperial Dignitary, A-wing pilot, Blue Snaggletooth and Yak face to be precise. And they are pretty boring characters too. I don’t feel like spending a fortune to get hold of them to complete my collection. A quick look at EBay and the cheapest buyitnow option, these 4 characters would cost me about 500 dollars and that doesn’t even include the shipping cost.

Instead I thought I would make my own interpretation of them. My customs won’t fool anyone but in my display case with all the other vintage figures they blend in pretty good. 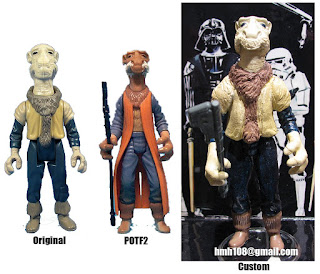 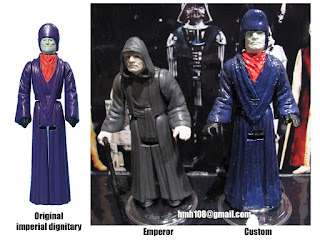 Here I took a vintage Emperor, made him taller and removed his hood and gave him a more imperial dignitary head gear and sculpted a new robe for the upper part of his body. 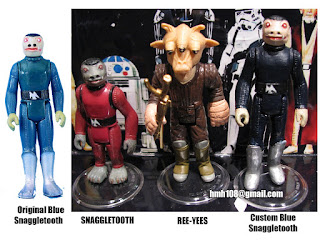 This was pretty simple, I just cut off the feet of the red snaggletooth and replaced it with Ree-yees boots. I also smoothed the booths to look more like the vintage blue ones boots. Then I just repainted it. 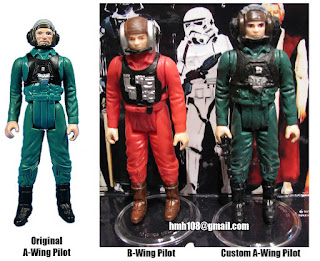